Now, just in my previous post I wondered whether I should stop writing chocolate reviews, but here I am with yet another one… but my DH brought two bars of Marabou Oreo Filled chocolate from the grocery store just so that I could write a review! After such a thoughtful gesture, who am I to say no? ;)

Now, these bars have the traditional Marabou yellow-and-red look with a picture of Oreo filled chocolate. However, they are considerably heftier than your usual Marabou milk chocolate bar (320g vs 185g), which means they’re big and thick – and I do love a big and thick bar!

Um. Where was I? Right, the chocolate looks like this: 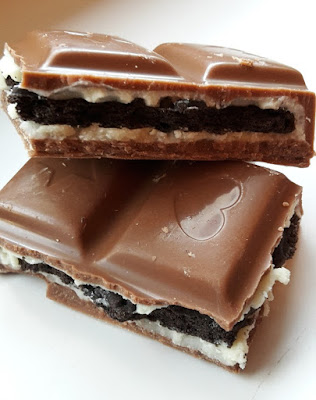 The scent is very sweet. There’s the fairly mild aroma of milk chocolate and maybe a bit of vanilla.

The milk chocolate is the typical Marabou milk chocolate. It’s very sweet and smooth – not my favourite because of the sweetness, but not bad at all. The chocolate encases a white filling, which is also very sweet and has a creamy, almost buttery flavour. It’s a little like the filling in Oreos, but I don’t think it’s exactly the same stuff although I could be wrong. Inside the filling nestles the Oreo part, which is a nice, solid layer of that dark chocolate cookie. It is crispy and crunchy and has the typical Oreo taste. Unlike I expected, it actually balances the flavours of the otherwise very sweet chocolate – and in terms of texture makes this chocolate more interesting.

This is a very sweet bar – not intended for sophisticated nibbling but rather something from which you want to break a piece after piece and just stuff your face with those deliciously thick fragments. I don’t really mind all that sweetness… and, oddly enough, lately I’ve suffered from sudden, inexplicable cravings for Oreos! 😨 So this chocolate definitely worked for me.
Posted by Ulla Susimetsa at 14:59 2 comments: 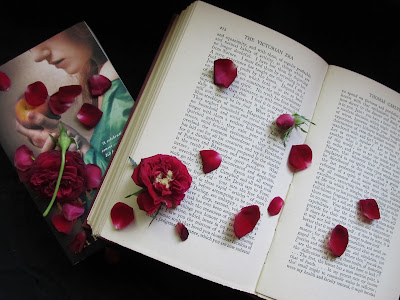 It has been three years since I started this blog! It does not feel that long! (Add all the other usual exclamations about how time passes so quickly.)

In three years, I’ve written 191 posts. No, I’ve published 191 posts; there is a number of never published drivels that are better left forgotten.

The most popular posts have been… who would have guessed… chocolate reviews! Very funny, considering this was never meant to be a chocolate review blog, it was a joke from a friend that inspired the very first review! But, apparently, people do read such things – and who can blame them? Chocolate is good. (Chocolate is food of the gods!) The most popular chocolate post is this multi-bar review of Fazer’s Travel chocolates.

The most popular posts that are not about chocolate are a review of Manda Scott’s novel “Hen’s Teeth”, a post about the costumes for the movie “The Girl King” (17th century!), a review of Kelly Gardiner’s “Goddess” (17th century!), my favourite books in 2015, and our visit to the Heavy Metal exhibition hosted by the Häme Castle. It also seems that my travel tales (especially ones about chocolate and cafés) have been popular as well as the little stories about seasonal celebrations (Halloween, Valentine’s Day etc.). Readers are also interested in writing, especially the science fiction anthology “Synthesis” and our werewolf novella “Musta Susi”.

After three years, I can't quite decide what to do about this blog. My DH and I recently signed a publishing contract for our debut novel. What can I say? It’s something I’ve been daydreaming about since I was quite small. I learned to read when I was about four or five years old (I’ve been told; I can’t remember) and since then have loved reading passionately. I wasn’t even at school yet, but I still remember very vividly the first time I realised that people actually have to write all the books (I even remember exactly where I sat… with a book open before me, of course). So... someone gets to write books! I knew that was what I wanted to do, and although that dream was buried many times, for years and years, and very, very deep, and mountains of dirt was packed on top of it with a heavy shovel... I could never quite get over it.

So now that the revision process of our manuscript is in full swing, I wonder if there’ll be much time for blogging – and, considering that the novel will be published in Finnish, perhaps I should also blog in Finnish. Furthermore, should I blog about more important topics? Stop with the chocolate reviews and other frivolous matters already and become a more… um, all right, somehow I have a hard time imagining myself as a serious blogger! 😁
Posted by Ulla Susimetsa at 14:51 2 comments: 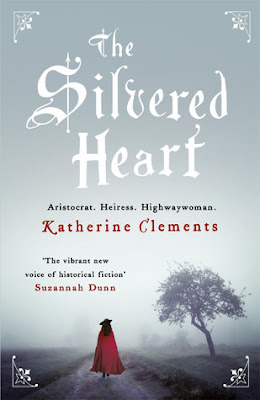 When I first heard about “The Silvered Heart”, I thought it sounded exactly like my kind of book: set in the 17th century with a highwaywoman as a protagonist – a historical adventure with a bit of romance is just my thing!

The novel is a fictional account of the life of Lady Katherine Ferrers, who lived in Hertfordshire in the 17th century and who is the most popular candidate for the role of the “Wicked Lady”, a mysterious highwaywoman said to have terrorised the area. Unfortunately, little is known about Katherine and even less about the Wicked Lady – did she ever even exist or is her legend mere folklore? Seeing that, Clemens does a wonderful job in combining fact and fiction and weaving together the lives of a high-born lady and a highwaywoman.

Forced into a marriage of convenience, Katherine finds herself neglected by her husband. The civil war has ravaged the country, and she must struggle to make ends meet and manage the impoverished estate. Hunger and misery – and the determination to gain back what she thinks is rightfully hers; the lifestyle of the privileged – drive her to desperate deeds: she turns to highway robbery. This brings her together with Ralph Chaplin, a notorious highwayman. Wielding a pistol and halting carriages in order to deprive their passengers of their valuables, Katherine risks her life… but finds love.

The life of a highwaywoman never features in the story quite as much as I expected. Katherine’s motivation for her actions is nicely fleshed out, yet I could have hoped for a bit more action and adventure. Historical details seem accurate and rich in terms of the everyday life (which is the kind of detail that primarily interests me), but as Katherine mostly stays in one place/area and learns about the affairs of the world - politics, war; the struggle between the King’s men and the parliament - through her husband and his friends, the bigger picture remains a little vague. On the other hand, this aspect is an accurate portrayal of a woman’s role at the time (something Katherine occasionally laments) which was to bear children and run the household.

This may not have been quite the swashbuckling adventure I expected, but there is plenty of drama, intrigue and passion. The characters are well developed, they have their strengths and their weaknesses, they have hidden depths. The language is beautiful and flows well; I especially enjoyed the vivid description of nature and the countryside. Of my “three novels set in the 17th century” this was the one I finished first.
Posted by Ulla Susimetsa at 16:22 No comments: