I’ve been interested in stories, reading and writing as long as I can remember. My parents read to me a lot, and I could never get enough of it. I’ve been told that I learned to read and write at the age of four or five – it must be true, since I don’t really recall much of the time when I couldn’t do those things.

Perhaps it was my interest in language that influenced my choice when I applied to university: I studied philology (English and German), education and psychology. My Master’s Thesis focused on foreign language vocabulary learning (see? Words!), and I’ve written a few articles about the same topic. I work somewhat irregularly as a freelance translator (one of the reasons why I named this blog "Wrestles With Words").

As a voracious reader, I read just about anything, but my favourite genre is historical fiction. I’ve been writing something as long as I can remember: diary, letters, fairytales, stories, poems, a magazine for my family when I was a child...

There was a time when writing essays etc. required so much time that I gave up writing for fun. I only picked it up again some ten years ago. It was supposed to be an experiment. I was only going to write one paragraph. I ended up with a 400-page manuscript. It’s absolutely horrible, of course, but what I learned was that I could not stop writing. It did not matter whether anything ever came from it. Until then, I had felt restless and somehow lost, as if something was missing from my life, but writing was like - as clichéd as it sounds - finding that missing piece.

Blood is Thicker - an Elite Dangerous short story (2014)
My official sci-fi short story set in the Elite: Dangerous (PC game) universe, titled "Blood is Thicker", was published in the Elite Dangerous: Tales from the Frontier anthology by Fantastic Books Publishing in 2014. My story tells the tale of a woman fighting against slavery. The anthology can be found as an e-book, audiobook and other formats at Amazon and at the publisher's online store.

If We Start Killing - a SF short story (2016)
In 2014, I took part in the Fantastic Short Science Fiction Competition and ended up winning the third prize with my story ”If We Start Killing”. The fewer-than-1500-words story takes place in the distant future and is featured in a short story anthology "Synthesis" with some fantastic stories from the same competition. You can get the e-book from the publisher's online store or from Amazon.

Entombed - a short horror story coauthored with my husband (2016)
My husband Marko Susimetsä and I wrote this story together for the horror story competition organised by Fantastic Books Publishing. Our 666 word grave tale was shortlisted and chosen to be published in the anthology "666". You can get the e-book from the publisher's online store or the paperback from Amazon. 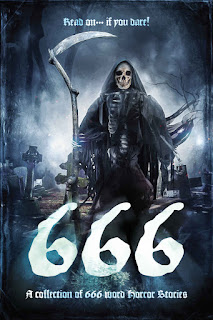 Musta susi (Black Wolf) - a historical fantasy adventure coauthored with my husband (2017)
Another collaboration with my DH, this time for a competition organised by the Science Fiction Society of Tampere. The story that is set in the 17th century and features werewolves and pirates (among other things) received an honorary award and was published in Portti, a Finnish science fiction and fantasy magazine. 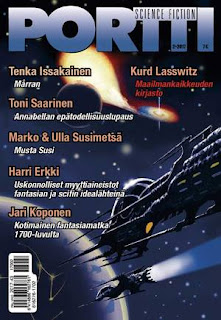 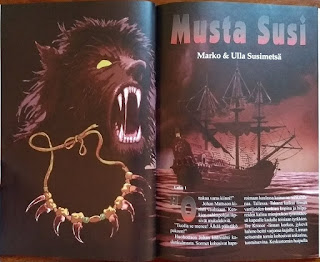 "Daughters of the Frost World" - a dystopian story (2018)
I wrote this short story for the writing competition organised by Fantastic Books Publishing. The theme of the contest was "strong women". My story is set in a world claimed by another Ice Age, where everything is about survival and even stories are forgotten. It was shortlisted and chosen to be published in the anthology "The Dummies' Guide To Serial Killing: And Other Fantastic Female Fables". Paperback and ebook versions are both available. 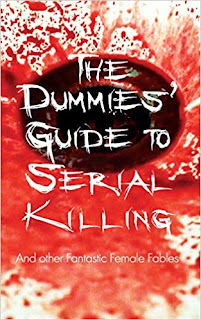 Kuninkaan rakuunat - Upseerin miekka (2018)
My debut novel, written together with by husband, is a historical adventure set in the Thirty Years' War. It was published by Otava. The novel focuses on the adventures of a fictional dragoon company in the service of Gustavus Adolphus. 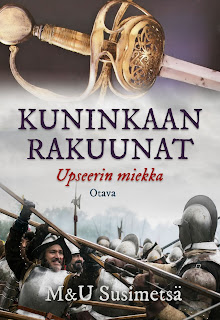